At the height of the near-total collapse of the financial system in 2008, there was no shortage of fear, panic and mental stress. Crypto markets have been experiencing that very thing at an accelerated pace for nearly seven weeks now.

But such disorderly panic selling tends to be a passing fad – a mere blink in an endless sinusoidal cycle of fear and greed.

There are two states of nature, either the world is going to end, or it’s not. If it ends, it won’t matter what we bought or sold. But if it doesn’t end and we didn’t buy, then we didn’t do our job. – Howard Marks, some days after Lehman Brothers filed for bankruptcy in 2008.

This quote is a testament to the duality of market cycles. Certainly, the statement cannot be applied to all assets, particularly when cause-and-effect monetary policies are implemented on the world stage. But even so, it underlines a pragmatic approach to investing in high value assets at extremes, which are always accompanied by cerebral, above-the-neck, acidic sentiment.

Fortunes are made (and lost) by those brave enough to glimpse beyond what is, and to see what could be. But by definition, calculated risks at the depths of a bear market do not appeal to our baser instincts and cognitive biases. At the deepest chasms of the last financial crisis, few expected the S&P500 index to ever recover, but after finding a floor price in 2009 the index flung itself into a bull market and hasn’t looked back since. 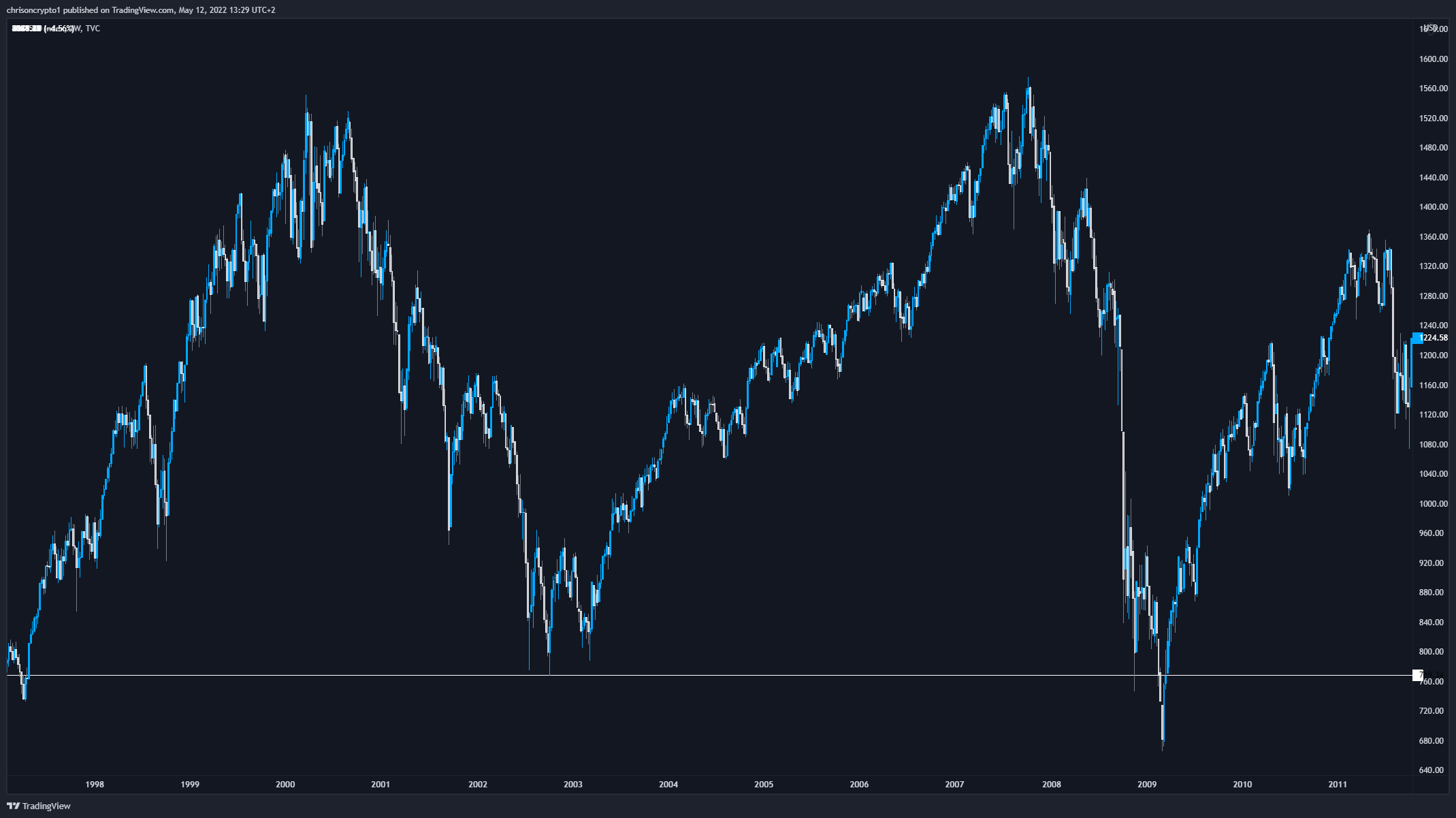 Back then, information moved slowly. The internet was only just beginning to attain mass adoption. Comparatively, information flows are practically instant nowadays.

Raoul Pal of Real Vision calls our time – The Exponential Age. He argues that crypto is a “black hole” that is sucking in all of the world’s talent and value at a speed that no one can comprehend. Raoul contends that since central banks have suppressed volatility of currencies and interest rates, large “macro” on big swings do not offer the opportunities they once did, and the world of Bitcoin and Cryptocurrencies offer outsized comparative returns.

Raoul is not alone in thinking this – a whole litany of veteran investors from traditional finance have expressed the same sentiment too. Most recently, Hedge Fund manager Paul Tudor Jones, who unambiguously said “it’s hard not to want to be long crypto” in early May 2022.

I see this generational divide.. If you look at the smartest and brightest minds that are coming out of college today, so many of them are going into crypto, into the internet 3.0. It’s hard not to be long on crypto because of the intellectual capital that’s going into that space.

Today, the leading blue-chip cryptocurrency, Bitcoin, finds itself at a cross-roads comparable to the S&P 500 in 1998-2009. 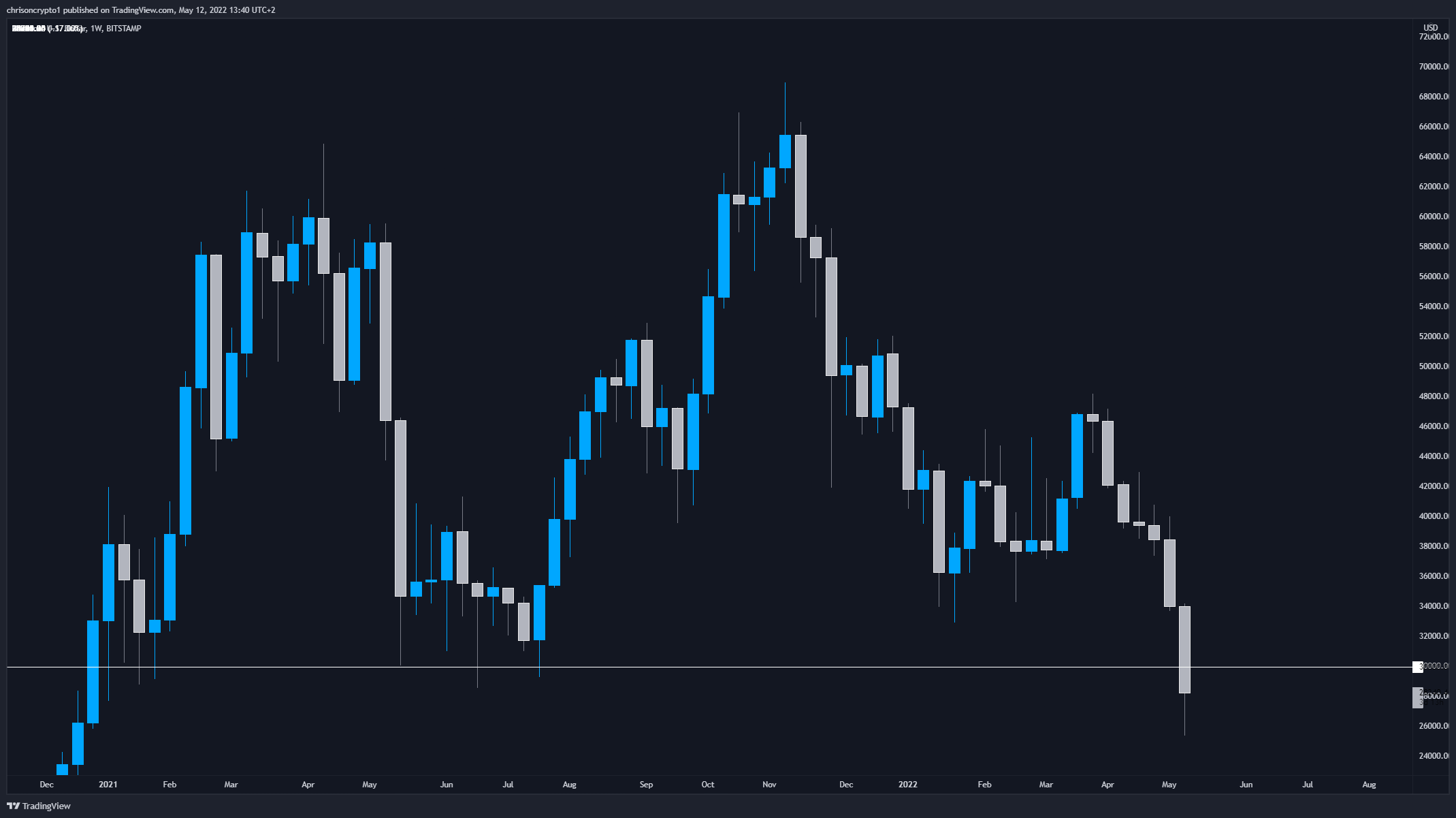 Conventional wisdom tells you to “buy fear” and “sell greed”, from which thousands of clichés have emerged. Many gurus will quote Warren Buffett but ultimately fall short of telling you how to take advantage of investment opportunities.

In April 2022, it was revealed that the numbers for TerraUSD’s astronomic rise through the ranks did not add up. This week, crypto markets witnessed the consequences of a multi-billion-dollar project blowing up, which shook crypto assets to breaking point. The protocol was simply insolvent, and various commentators including cryptographer Adam Back, warned about the shady situation when billions of Dollars could not be accounted for in March 2022.

In short, UST – a protocol decentralised in name only which promised stability – imploded. In a situation such as this, it is rational to be fearful of what looks like a toxic asset. But once the systemic risk plays out, that ‘rational and reasonable’ fear quickly becomes irrational and unsubstantiated when generalised to all of crypto. And herein lies the difference between finding a good investment and a bad investment at a significant discount. Contagion effects, which are often based on irrational fears needlessly exacerbate the panic, as selling begets more selling.

When a regulator conflates UST with ‘all stablecoins’ (e.g. USDT), or ‘all of crypto’ (e.g. Bitcoin, Litecoin, Ethereum), this is a perfect example of irrational fears that are a consequence of half-baked post-rationalisations. When there is good reason to sit on your hands (like avoiding UST-associated projects) that’s fair, but when popular sentiment is dislocated from reality, therein lies the opportunity. It means the market is mispricing a valuable asset without reason or evidence.

For over a decade now, this has consistently been the case with Bitcoin at the sinusoidal extremes. Where for decades central banks have attempted to quash volatility, entropy has emerged, and with it an asset designed specifically to be anti-fragile. Indeed, there has never been an asset which has consistently surpassed expectations and seemingly beaten the odds. I say ‘seemingly’ because such situations are part and parcel with Bitcoin’s game theory.

Today, Bitcoin has situated itself as the monetary base-layer for a global financial market that is not backed by military might, but energy production. In turn, Bitcoin has given rise to an emerging open space that does not carry decades worth of financial baggage from a legacy financial system built on incorrect assumptions. Bitcoin technology is the remedy to decades of inadequate monetary policy.

Regardless, the inclination to dismiss opportunity for pre-determined, half-baked observations tends to be exacerbated when we lose money. But that is all emotional talk far removed from reality. At the time of publishing, Bitcoin is the blue-chip cryptocurrency and today exchanges hands at a 60% ($28,500) discount from all time highs.

Amid the panic and chaos, ask yourself: has anything fundamentally changed besides the price?

The stock market is filled with individuals who know the price of everything, but the value of nothing.— Phillip Fisher