Two weeks ago on Feb 27, the BTC hashrate slipped modestly to 169 EH/s after tapping an all time high of 249 EH/s on Feb 15. Following the drop, bitcoin miners caught a short break as mining difficulty adjusted for the first time in several months.

Bitcoin’s mining difficulty today is floating at around 218 EH/s, staying above the 200 EH/s range for the last 10 days. The current Bitcoin difficulty level is at 27.55 trillion, with the next adjustment slated to take place on March 17.

The next epoch mining difficulty adjustment is slated to happen in less than four days and its expected to rise 1.03%. If the rise above 1% is takes place, the mining difficulty will change from 27.55 trillion to 27.83 trillion.

The difficulty level adjusts in order for blocks to be generated consistently, and increases or decreases depending on the network’s hashing power.

Meanwhile, as the fundamental value proposition for Bitcoin enters a new epoch, exchange flows from exchanges spiked to -9,987 BTC (7-day EMA), a figure not seen since July 29 (when flows reached -17,455 BTC). 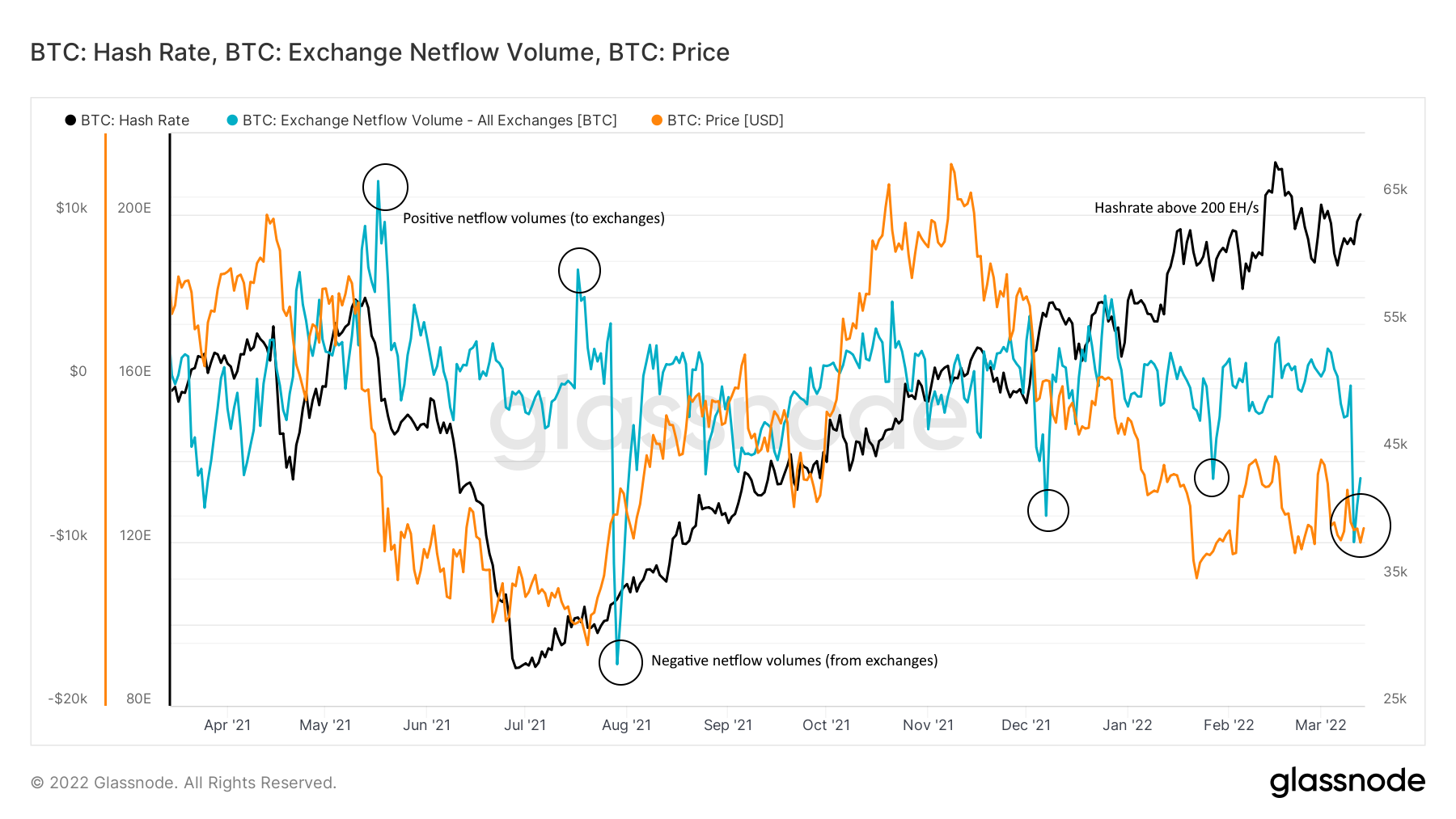 The trend of outflows from exchanges comes at a time when the official US inflation rate hit 7.9%, the highest ever recorded in 40 years.