Bitcoin’s illiquid supply has consistently inched higher since the May 2021 crash, revealing that there is less bitcoin available for purchase worldwide.

In May last year, as prices dropped from $64,000 to about $28,000, more bitcoins were available on the market. During the crash entities with vast amounts of bitcoin sent coins to exchanges to sell in the open market.

When supply increases dramatically, there is a tendency to exacerbate selling pressure to the point where buyers are unable to absorb it without the price moving. This dynamic partly caused the sharp 50% decline last year. 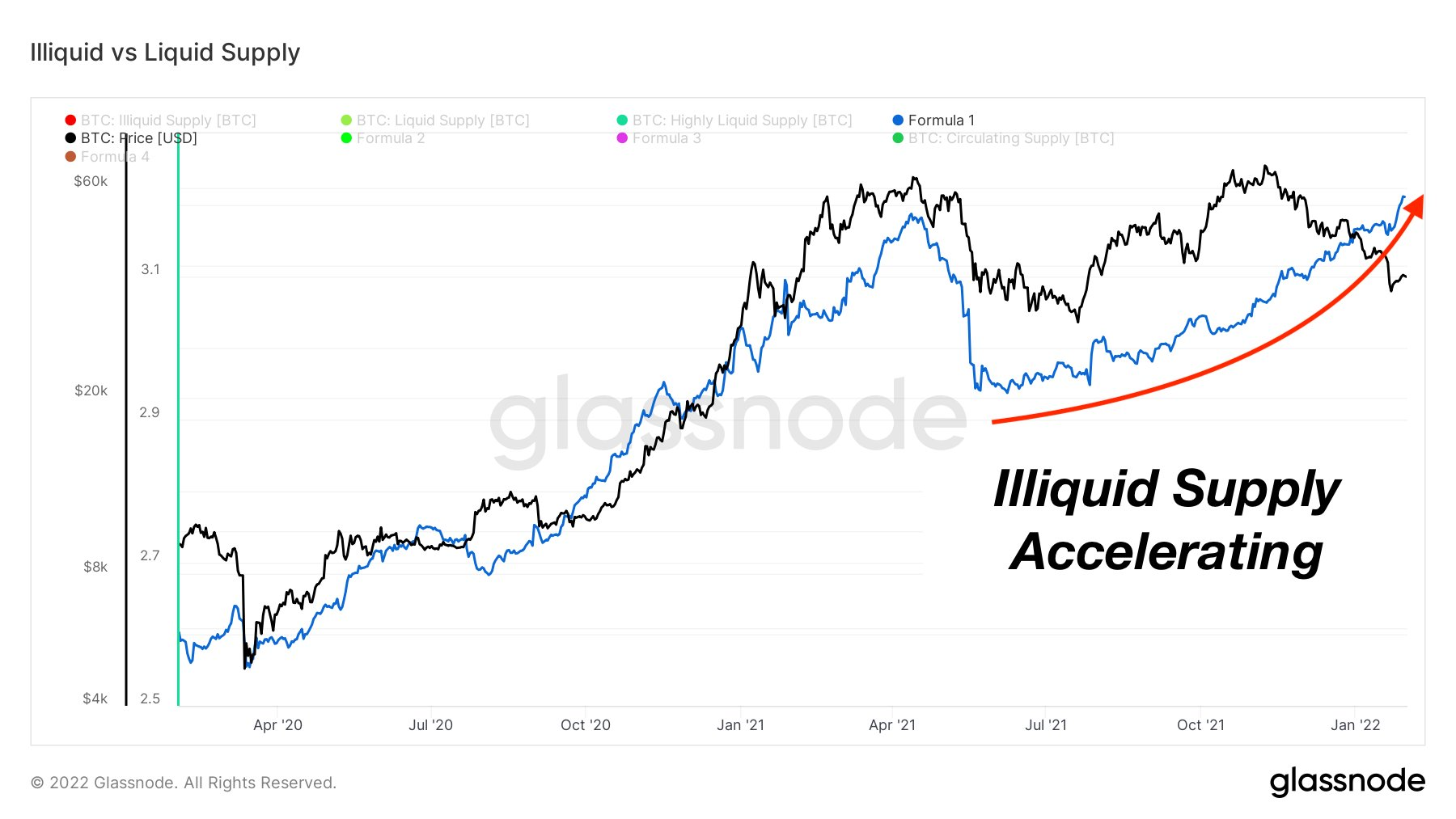 However, the same cannot be said today. As noted by Twitter account ‘Bitcoin archive’, there is now a fairly major divergence between bitcoin’s price trajectory and ‘hodler’ behaviour. More specifically, as prices (black line) declined since the $69,000 top in November, the number of coins available in the market continued to decrease, as indicated by an uptrend in the cryptocurrency’s ‘illiquid supply’ (blue line).

In fact, there is less Bitcoin available today than there was in April 2021, when Bitcoin first eclipsed $64,000.

The revelation comes some weeks after the bitcoin mining hash rate witnessed an average all time high of 196 Exahashes, marking an end to the inconsequential Chinese inquisition against crypto mining.