In his latest blog post, former Bitmex CEO Arthur Hayes built on those expectations, stating that hundreds of billions of dollars will flow into both bitcoin and gold this decade. However, the former CEO, who has attained an all-star status in the industry, is also “100% certain” that a financial crisis and hyperinflation of the Dollar will ensue in the meantime.

As explained in a post titled “Energy Cancelled,” the freezing of $600 billion in Russian foreign reserves (a G20 country) will have a rippling effect that undermines trust in US treasuries. China, which has the world’s largest surplus of over $274 billion per year, will no longer use this money to grow its predominantly USD cash position.

Consequently, Hayes’ expects China and other surplus nations to look to gold and other storable commodities to park around $967 billion in value. This value used to belong to fiat currencies.

The process of de-dollarisation will hit at a time when the USD is already fighting the highest inflation it has seen in 40 years.

“The phase shift will be chaotic, it will be volatile, it will morph, but it will 100% be MASSIVELY inflationary in fiat currency terms,” states the Exchange founder.

Recently, the US Federeal Reserve (FED) ended its Treasury bond purchasing program in light of skyrocketing prices across the country. But as G20 countries move wealth away from bonds and into commodities and other assets, the Fed will eventually have to restart the program in order to finance its debts. Since money apparently grows on trees these purchases would be funded by money printing and private debt creation through banks which would spiral into hyperinflation.

For context, the US today runs a $616 billion deficit each year, and had to sell $2.8 trillion worth of bonds to pay for that spending in 2021 alone.

Uncontrollable currency debasement means the Fed has run out of ammo. There won’t be much the Fed can do besides a slight uptick in interest rates hikes to make bonds more attractive again. This is a temporary workaround. On the other hand, a significant increase in rate hikes would cause a recession, which is politically unviable.

While often referred to as “digital gold” by some investors, Hayes does not share the “Bitcoin-only” belief. He refers to both gold and bitcoin as “outside money” which are not liabilities on another player’s balance sheet. Today, Bitcoin tends to trade like a tech stock more so than a safe-haven asset like Gold. The recent bifurcation in prices where Bitcoin and Gold became inversely related indicates that investors have not yet recognised Bitcoin for its hard money properties. 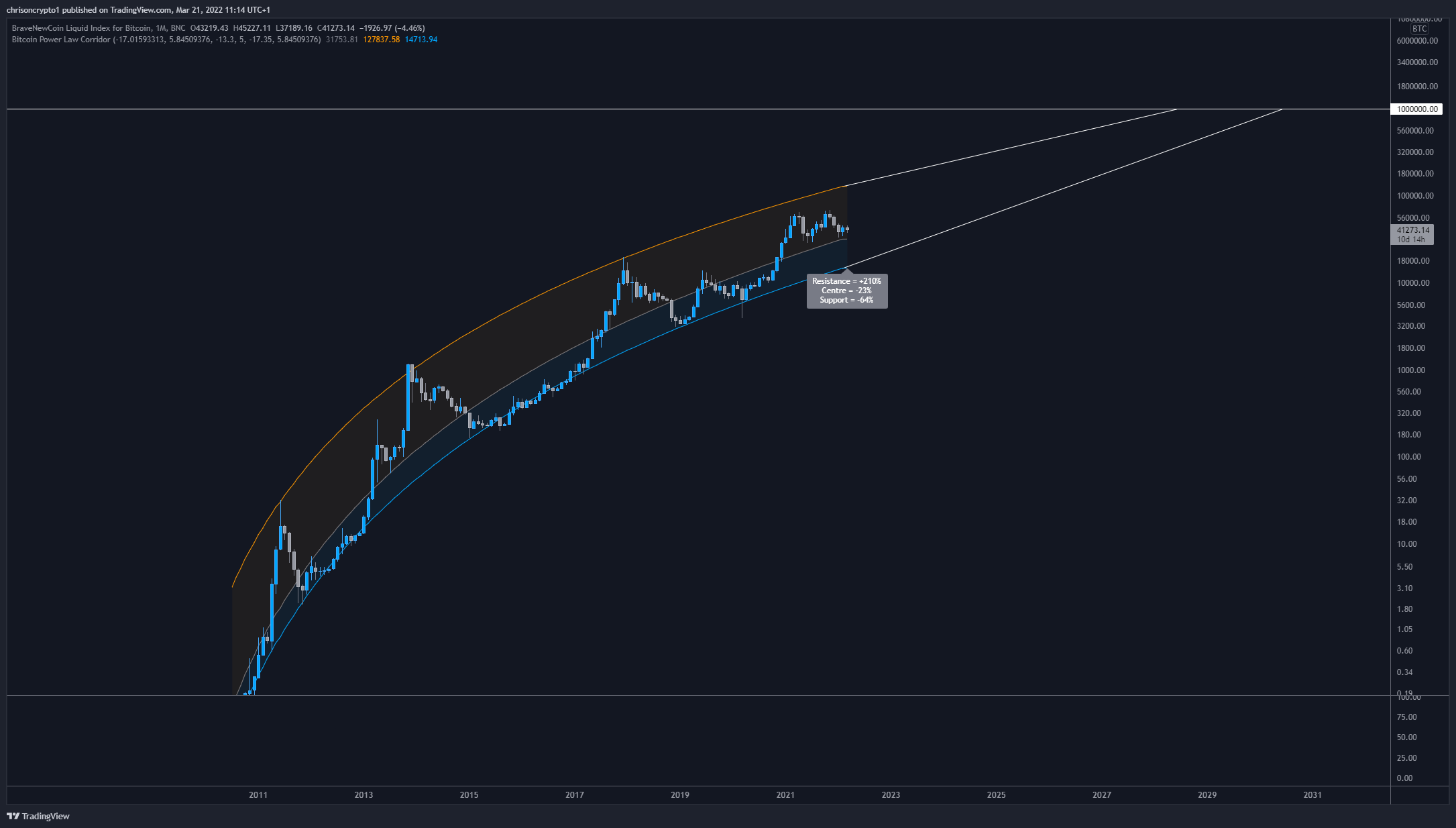 Instead, Bitcoin is viewed as a “risk-on” technology which also exists as “outside money”, for now. However, this doesn’t mean that Bitcoin won’t benefit if gold becomes a standard again. Central banks will choose to start conducting trade in Bitcoin instead of shipping gold bars around the world to pay each other, according to Hayes.

“Again, I am fully confident that on a personal level if you believe you should spend fiat and save gold, the mental leap towards spending fiat and saving Bitcoin is minuscule,” he states.

In other words, physical and digital commodities such as gold and bitcoin will “get bid to astronomical levels”. This event would be the mental shift that breaks the correlation of Bitcoin with traditional risk-on/off assets like US equities.

The exchange founder concludes by underlining an ultimate crescendo moment for the assets which would be spurred on by a narrative shift and economic recession.

As gold marches its way above $10,000, Bitcoin will march its way to $1,000,000. The bear market in fiat currencies will trigger the largest wealth transfer the world has ever seen.