Litecoin rallied to the $260 level on Tuesday – surging over 19% in a little more than 24 hours as it attempts to join its peers in leading the cryptocurrency space.

Having run flawlessly for over a decade, Litecoin is one of the best performing coins among leading cryptocurrencies, with a pristine track record that might just tempt investors into dipping a toe into the project.

For a decade, the coin was on of the top ten cryptos by market cap. However, it lost its place in recent history to shinier projects that have a tendency of disappearing forever at the first sign of trouble. So far, litecoin has always bounced back.

The project has retained its place as a top 20 coin, ranking as no. 14 on Coingecko by market cap ($4.9 billion) and climbing.

Recently, litecoin wallet creation has been increasing at an exponential rate since Q2 this year as more users discover (and rediscover) the project. Investors have also been eying the coin’s imminent privacy-focused MimbleWimble launch which is due to be released by the year’s end.

Contrary to popular sentiment online, project development is ongoing, with DAOs, NFTs and an entire decentralised financial ecosystem being in the developmental pipeline. 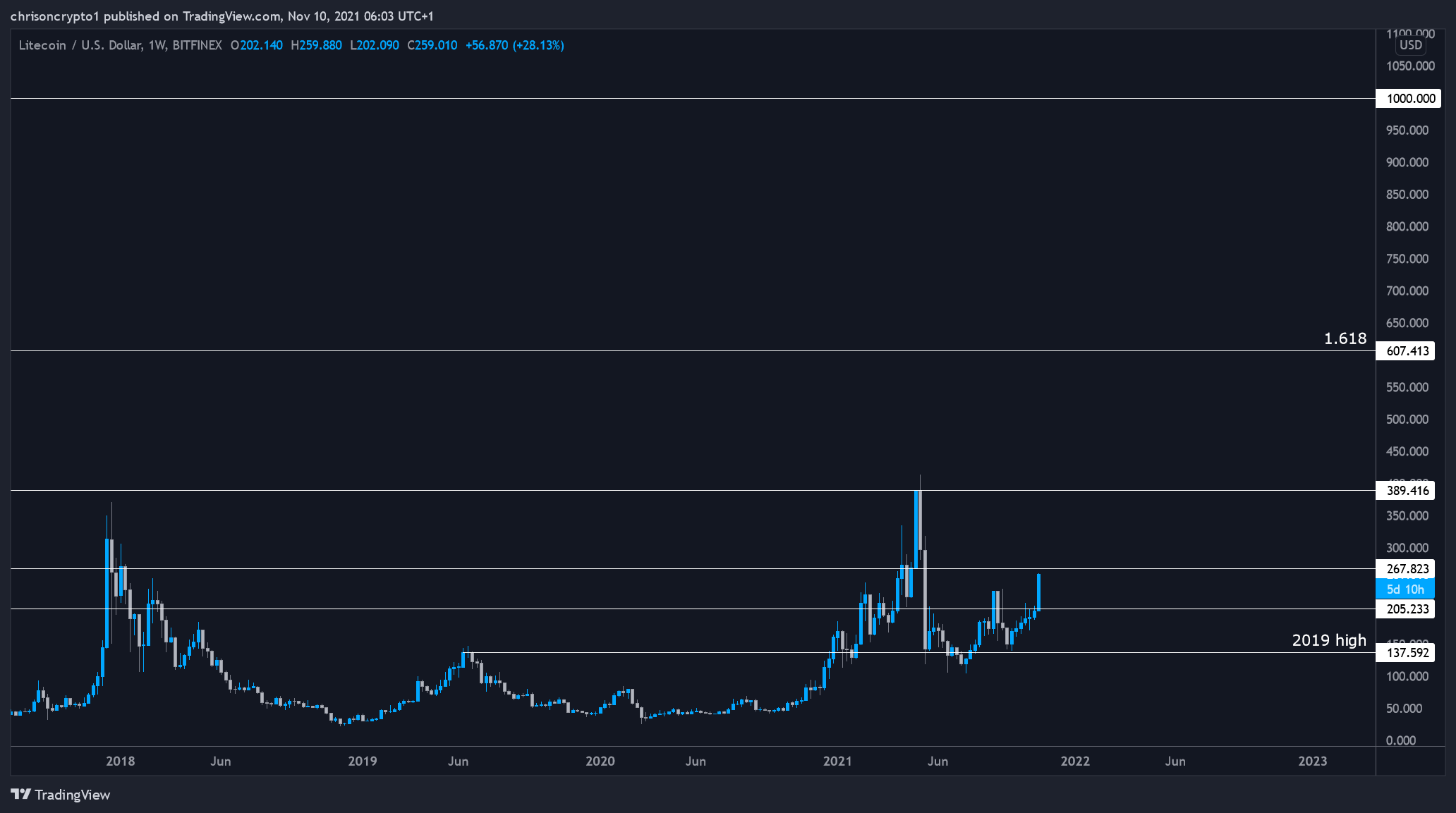 Besides the tri-fecta of fundamental data points which have propped up arguments for undervaluation, analysts have meticulously laid out a strong technical picture which places litecoin’s fair value well above $1,000.

The question as to whether market adoption of litecoin will continue to accelerate is an open one. But so far there has been little reason to doubt the long-term trend.