The lightning network capacity is on route to 5,000 BTC capacity. The adoption curve echoes a similar trend to early 2019 at the depths of the previous bear market.

The Lightning Network is a second layer Bitcoin solution built on top of the Bitcoin blockchain. It allows for off-chain transactions, or a two-party transaction method whereby entities can make or receive payments from each other. Generally speaking, layer-2 technologies enhance public blockchains by managing transactions outside mainnet (layer one), while still benefitting from its powerful proof-of-work security paradigm.

Scalability is one element of the so-called ‘blockchain trilemma’, which consists of decentralisation, security and scalability. Each aspect of a blockchain lends itself in some fashion to the network’s general integrity and propensity for sustainable growth as adoption ramps up. The lightning network creates certain trade-offs in order to achieve more BTC scalability and transaction-throughput. 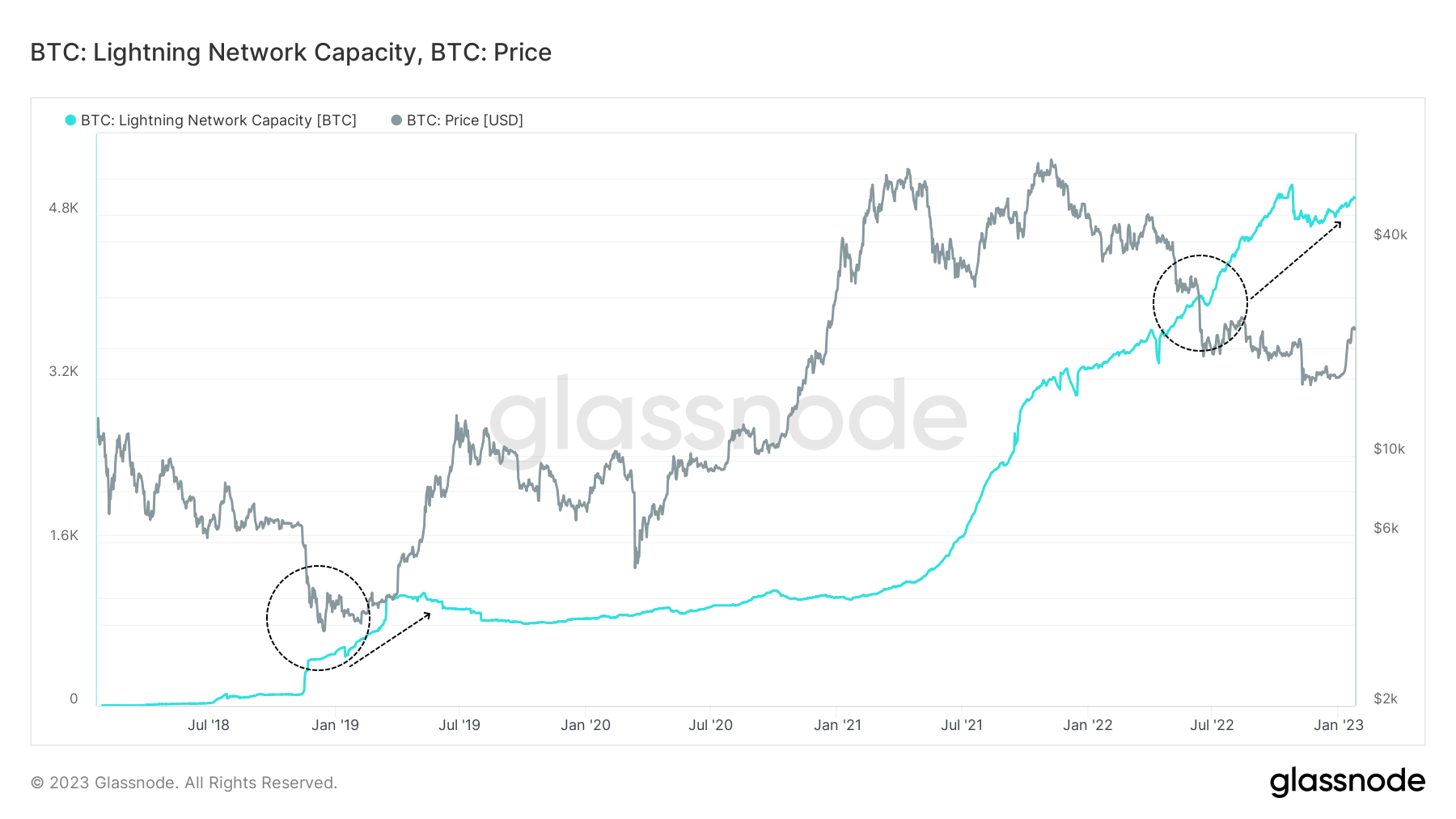 The precise number of Bitcoin in capacity across the network is not known, as a large number of nodes operate as private channels, hidden via the TOR network. In 2021, the network’s capacity increased meaningfully from around 1,000 BTC to 5,000 before tapering off slightly.

Increasing LN-network adoption is also evident in the number of channels in the network, which is currently cresting 70,000, per data from Glassnode.