The European Central Bank (ECB) is set to reveal an unlimited bond-buying tool this week in order to be able to adjust to rate-hikes in the bloc. The central bank is effectively bringing its own version of the bank of Japan’s (BoJ) ‘Yield Curve Control’ tool, which it calls the ‘Transmission Control Mechanism’. The ECB’s balance sheet is 82.5% of the Eurozone’s GDP as of June.

The ECB’s stated goal is aimed at fighting Euro ‘fragmentation’, or a widening gap between German-paid yields and those of countries with a high debt-to-GDP ratio like Italy. 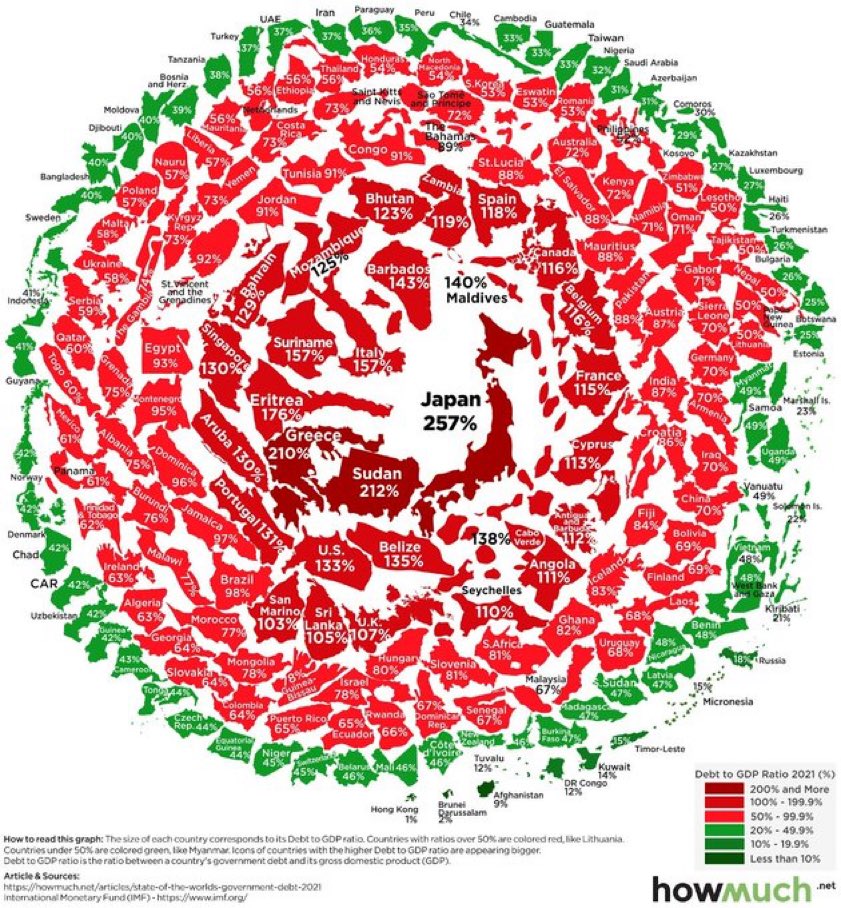 The ‘Transmission Protection Mechanism’ will carry conditions whereby countries in the EU would likely have to comply with the European Commission’s economic policy. According to Reuters, the ECB’s scheme will attempt to bring bond spreads in line with economic fundamentals, rather than bringing them to near-zero like they were before a crisis of confidence a decade ago.

Despite being consistently behind the curve, the central bank has long argued that inflation is temporary. But as bond yields in indebted Eurozone nations spiked at the prospect of increasing rates, officials decided to implement an ‘unlimited bond buying tool’. The bank has been signalling its plans to raise rates in July for the first time in over a decade as it battles largely self-inflicted inflation, which has triggered a cost of living crisis. Some economist expect a 0.25% rate hike in Eurozone borrowing costs after Thursday’s monetary policy meeting this week.

“The design of the new tool will leave maximum discretion to the Governing Council,” said Kristian Toedtmann, an economist at Dekabank. “By being deliberately vague, central bankers hope that on the one hand the sheer existence of such a tool will be enough to avoid turmoil in financial markets, and on the other hand purchases of government bonds aren’t frequent enough to substantiate allegations of monetary financing.”

The bond purchasing program will likely trigger accusations of monetary financing, which tends to be a prelude to less purchasing power for the underlying currency, potentially leading to hyperinflation.

Eurozone consumer inflation hit 8.6% in June as the Euro reached parity with the Dollar for the first time in 20 years.